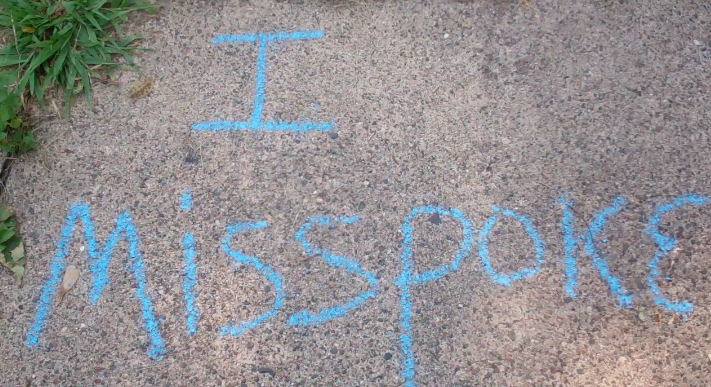 "On a few occasions, I have misspoken about my service and I regret that. And I take full responsibility, but I will not allow anyone to take a few misplaced words and impugn my record of service to our country." That is a comment by, at the time, Connecticut Attorney General Richard Blumenthal regarding questions surrounding his past statements about his military service.

The news headlines recently resurfaced regarding Richard Blumenthal’s statements about his military service. Mr. Blumenthal, now a U.S. Senator from Connecticut, reportedly attended the six month Marines boot camp at Parris Island, S.C., and served six years in the Marine Reserve, beginning in 1970, none of it overseas. Before that, Blumenthal got five deferments to avoid going to war between 1965 and 1970. However, his statement that has been plastered over the news was from a veterans event he spoke at in Shelton, Connecticut during which he said, "When we returned from Vietnam, I remember the taunts, the verbal and even physical abuse we encountered," according to a 2008 Connecticut Post story.

One of the interesting things about this statement is his use of the pronoun “we” ("When we returned…" and "abuse we encountered…"). His use of the pronoun “we” indicates that he was in Vietnam and also encountered abuse along with other veterans upon returning home; but he wasn’t and he didn’t. This is why the news media aggressively reported the story. One may argue that since he was a Marine and did serve his country, he may have an affinity and connection to the returning veterans and inadvertently use the pronoun “we” demonstrating unity and support. I did a brief internet search for veteran’s statements and found the following:

All of these statements by veterans are reported by them in first person using the pronoun “I” and self referencing words such as "my", and do not use the pronoun “we”. Admittedly an unscientific survey, but with a few clicks on the “search” button I (not “we”… because “I” actually conducted the search and hit the enter button) was able to find language differences between Mr. Blumenthal and other veterans regarding their service and their return from Vietnam.

The news and controversy surrounding Richard Blumenthal’s statement highlights the need for training to look at language, specifically pronouns, and the value they can provide during investigative interviews and criminal interrogations. Typically, when someone describes an event they personally witnessed or experienced they will use the first person pronoun “I” and use past tense verbs, such as the statements above by the other veterans. When people describe something they witnessed or experienced and do not use the pronoun “I” (and they do that through several ways, including the use or over-use of the pronoun “we”) a properly trained investigator would use that as a signal to question further. The use of the pronoun “I” adds commitment to what is stated, lack of it, well, lacks commitment.

Back in 2008 Hillary Clinton had a similar comment when she stated “I remember landing under sniper fire” in reference to a trip she had to Bosnia. This was proven to be untrue and she later stated she “misremembered” the incident. Compare her phrasing with the soldier who was shot down when he stated "the helicopter on which I was a passenger was shot down southeast of Quong Tri City, South Viet Nam." When people tell their account, we expect them to tell us what they remember, so when someone tells us they remember what they remember, that is a point to follow up with as it shows sensitivity and may be deceptive.

Some people may say he “misplaced words” or he “I misspoke” and some may say she “misremembered” the incident. Regardless of the label you want to put on it, view it as a marker…a "hot spot" if you will…that further questioning is necessary before accepting such statements as the truth. Don't automatically assume deception...listen intently, stay neutral and probe for more information!