When conducting interviews and interrogations, quite often a deceptive person will intentionally misdirect the interviewer. They do this to lead the questioning away from them in at attempt to convince the interviewer that they were not involved in the incident and have no information to provide. They do this right in front of the interviewer and he or she does not even know it! It happens right before their eyes, but they don’t know what to look for so the bad guys and liars slip away undetected. There are a couple things that can help: 1) Knowing how the human mind perceives, interprets and encodes information is extremely important to any interviewer or interrogator, and this can be developed through training in Cognitive Interviewing. 2) Improving your ability to detect deceptive and evasive language in speech and writing, and understand and identify when people are conveying information from memory and when they are trying to convince you that they are innocent. This can be developed through training in Investigative Statement Analysis. Also, to highlight this further, check out this entertaining video from Apollo Robbins: 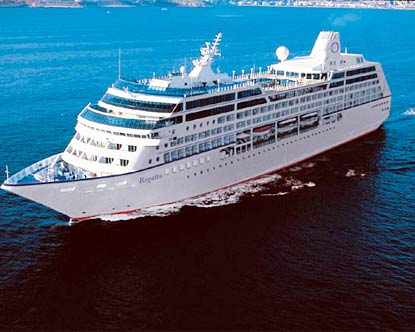 "Lies & Lie Detection; Navigating your way to the Truth within Interviews and Interrogations"

Join us on this 5 day/4 night cruise from New York City to St. John's in Canada and attend 12 training sessions designed to improve your ability to conduct effective, ethical and persuasive interviews & interrogations and help you to distinguish between truthfulness and deception in people. Here is the list of training segments. (For further course and cruise deteils go to www.thelieboat.com)

The instructors are experienced practitioners and trainers who have taught internationally and bring with them a variety of knowledge, backgrounds and experiences to offer during training:

Wesley Clark has over 22 years experience in law enforcement. In 2009 he retired from the Connecticut State Police as a Sergeant, serving the majority of his time within the Major Crime Squad as both a Detective and Sergeant. He is the founder and President of LIES, LLC Linguistic Interrogation Expert Services, a company dedicated to training, research and consultation within the field of investigative interviewing, criminal interrogation, investigative statement analysis, detecting deception and credibility assessment. He has trained internationally and is frequently consulted by law enforcement agencies around the country regarding statement analysis and interview & interrogation strategies.

Charles A. Morgan III MD, MA (GS-15), Forensic Psychiatrist, Associate Clinical Professor of Psychiatry, Yale University School of Medicine. Dr. Morgan received his medical degree from Loma Linda University School of Medicine in 1986; He completed his residency training in psychiatry at Yale University in 1990.  He then joined the faculty of medicine at Yale University & the National Center for PTSD and has been with them for the past 22 years. For his work Dr. Morgan was awarded the US Army Award for Patriotic Service in 2008 and awarded the 2010 Sir Henry Welcome Medal and Prize for his development of interventions to buffer the negative impact of stress on human cognition, memory, learning and operational performance. Dr. Morgan served as a medical intelligence officer (2003-2010) with the Central Intelligence Agency and was a government member of the US Intelligence Science Board; In 2011 Dr. Morgan deployed to Afghanistan with the US Army’s Asymmetric Warfare Group. From 2011-2013, Dr. Morgan served as an operations specialist for the Special Technologies Laboratory of the Department of Energy.

Stan B. Walters is President of Truth & Deception, Inc.  He speaks to and works with organizations who want to train their people how to conduct effective and ethical interviews, spot deception and uncover the real story.  For more than three decades he has worked with our military and military intelligence, US government law enforcement and intelligence agencies and law enforcement agencies and private corporations worldwide.  As a media guest he has appeared on ABC, NBC, CBS, CNN, Fox News, France Channel One, Australia Today and has been featured in two National Geographic Channel specials including the “Science of Interrogation” for which he served as host and technical advisor.

James Kline is a 20-year veteran of the Connecticut State Police where he served as both Detective and Sergeant with the Major Crime Squad. He was also an active member of the multidisciplinary team of experts specializing in the investigation of abuse and neglect of children. He also supervised a special task force initiated by the Governor’s Office to investigate Corruption within the Department of Motor Vehicles. He has been involved with various research and academic studies on interviewing techniques and deception. He continues to serve Connecticut citizens as a police officer for the Town of Orange.

Maggie Pazian is an international trainer in the science of nonverbal communication and behavior, emotion perception and deception detection. Maggie has more than ten years of experience in both field and academia. She specializes in the field of emotion recognition, micro-expressions, body language, FACS and cues to deceit; Maggie has led efforts on projects with the Defense Advanced Research Projects Agency, Office of Naval Research, National Science Foundation and the Transportation Security Administration, and has appeared on Discovery Channel. She has co-authored several papers and presentations on deception detection and is fluent in English and Polish as well as conversational French.

Seating is limited on this maiden voyage of The Lie Boat, which I'm sure will sell out. After all, what better way is there than taking a cruise to receive training, improve your skills and network with other professionals! The cruise will be August 28th through September 1st, 2014.

The cost for the training is $499 dollars (US) per person. Upon registering for the training, you will be directed to a cruise specialist to complete your registration. Additional passengers (spouse, partner, friend, etc) who will not attend the training sessions but will be on the cruise are welcome to attend all the social events and magic show at no cost! The average price for the cruise portion is about $400 per person, which of course includes room and board, food and entertainment! So come on board and secure your training seat on The Lie Boat!

Click the Buy Now button below to register! If you prefer another payment method (check, purchase order, etc) send request to This email address is being protected from spambots. You need JavaScript enabled to view it.

Cognitive Interviewing is an excellent format for conducting investigative interviews with victims and witnesses of crime. The process is grounded in the science of memory and cognitive psychology and has been proven in academic studies as well as field application to extract significantly more information as well as more ACCURATE information than standard interviewing techniques. The process uses open questioning techniques and specific questioning strategies which allow the individual to effectively probe their memory. Many officers use questions which limit information from memory, and worse yet, they may use questions which DISTORT memory, which is a huge problem for effective law enforcement and public safety. Gathering accurate and reliable information from victims and witnesses of crime help to direct investigations in the proper direction which results is closed cases. If information is limited, there is obviously less information to go on within the investigation which means reduced solvability factors. If information from a person is distorted, intentionally or accidentally through ineffective or inappropriate questioning, the investigation can go down the wrong path and be suspended without closure, or worse yet, identify the wrong suspect(s).

Make sure you get the most reliable information from your next interview! Also, by understanding how memory works, you will be able to identify when information is likely be deceptive and not coming from memory!

To learn Cognitive Interviewing techniques we have training in New Hampshire, Massachusetts and Michigan so far during the remainder of 2013:

*If you would like to hear an overview of the Cognitive Interview, which is about 14 minutes long, click HERE. It is by Becky Milne, a researcher and instructor of cognitive interviewing in England.

I recently did an interview with CBS news Channel 2 in New York about lying and lie detection. It was about a 20 minute interview condensed down to the video segment below. Some of the most important tips I provided, which were apparently left in the editing room, was to develop rapport with the person because people will trust you and talk more if they have rapport with you. Establish a baseline of behavior...physical, physiological, vocal, verbal, etc...and note any changes in that baseline and focus follow-up questions at those points. Ask open-ended questions and really listen to the words and language used to describe the event or incident since academic research suggests that looking at language will provide you greater success at distinguishing between truthfulness and deception. Also, it is important to get the right training to know what to look for and how to conduct the interview properly, because there are many false beliefs about lying and lie detection, and if you focus on the wrong things, they will not lead you to your ultimate goal, which is the TRUTH.

When you are questioning someone about their activity or an incident they were involved in or witnessed and they don't want to be completely truthful, what they choose to hide or withhold from you will influence what they actually tell you. This will be evident within their word choices, what they say and how they say it. It is human nature. You just have to train yourself as to what to look for and how to question further. Here is an article that goes a little deeper into Missing Information Within Written Statements.

What people don't want to tell you will influence what they actually tell you. Learn to see what people are withholding from you.