Obtaining information from people is crucial to an effective investigation. Once we obtain a statement or information from an individual, we must make the effort to verify the facts they provided. This is an important step, especially when someone confesses to a crime to ensure that the confession is true and reliable, but also with victims and witnesses, because they too can lie or simply be wrong. There is some interesting new research by Galit Nahari, Aldert Vrij and Ronald Fisher that indicates letting the individual know that you will be verifying their information they provide, before they provide a statement, can improve your ability to distinguish between a truthful account and a fabricated account. One of the reasons is that truthful people will try to provide verifiable details in their account whereas deceptive people may provide details, but often they are not verifiable by investigators. By telling the individual up front, this seemed to encourage truth-tellers to provide even more verifiable details whereas it had the opposite effect with deceptive individuals, thus creating an even a wider disparity within the language between truthful and deceptive people. Personally, I think there may be additional psychological benefits between truthful and deceptive people with this approach as well. Truthful people will perceive this as the investigator being professional and very thorough, which should reduce the anxiety of that truthful individual and increase trust, which will have a calming effect on them. This will have the opposite effect on a deceptive person since the last thing they want is someone who is very thorough scouring over their statement, and thus will likely increase their anxiety and cognitive load as well.

If you are a member of The Interview and Interrogation Group, click the following link and download the research article (The Verifiability Approach to Detecting Deception) for review and further discussion!

Recently there has been a rash of sexual assault cases reported at colleges throughout the United States prompting a response from President Obama to form a task force to look into the situation further. What the task force reported was that 1 in 5 women at college claim to have been the victim of sexual assault, but that only 12% of those are reported. Traditionally, for many reasons, sexual assaults have been an underreported crime but hopefully that starts to change! In addition to underreporting, some of difficulties that surround sexual assault investigations, especially of college-age individuals, is that quite often they involve the use of alcohol and/or drugs which can certainly impair judgment as well as memory. Also, we get many cases where there is no disagreement between the parties that they had a sexual encounter; the disagreement lies with consent. One party (usually a female) claims that she didn’t want to have sex, or she agreed to it but at some point she told him to stop and he didn’t stop, while the other party (usually a male) claims everything was consensual and she never told him to stop. Who do you believe? Sexual assaults happen, but so do false allegations. Failing to arrest and punish the perpetrator of a sexual assault is like victimizing the victim again. Arresting a suspect for a sexual assault he didn’t commit is unconscionable and it will change the course of his life forever. These are by no means easy investigations and they must be handled with professionalism and sensitivity. To sort these cases out you need specially trained investigators to conduct the interviews and gather and assess the information provided by both the victim and suspect, as well as any available witnesses. One of the keys to successfully investigating these types of cases is training in Investigative Statement Analysis. For training or more information feel free to contact me at This email address is being protected from spambots. You need JavaScript enabled to view it.

I am looking forward to conducting training this fall at the Graylyn International Conference Center in Winston-Salem, North Carolina. This 55 acre location is so beautiful, the building is amazing and the staff is impeccable! With your training registration you will also have morning and afternoon coffee as well as an outstanding lunch!

On September 15th and 16th 2014, we are conducting “Investigative Statement Analysis & Cognitive Interviewing”. This training is for law enforcement professionals and it will enhance your ability to gather information from victims, witnesses, informants and suspects more effectively and it will also improve your ability to assess that information for credibility by distinguishing between truthfulness and deception!

On September 17th 2014 we are conducting training for business professionals, corporate and insurance investigators, and the private sector with “Truth, Deception & Effective Communication”. The skills that make a detective successful at extracting information from people, building rapport with very difficult personalities, getting confessions and reaching the truth are not simply detective skills, they are people skills! We live in a high-tech world but without solid communication and people skills your sales will suffer, you will fail more often at negotiations, and your business and personnel will never reach their full potential. Equip yourself and learn these techniques from someone who has practiced, not just researched, the science behind memory, truth, lies and deception for over two decades within law enforcement as a Detective Sergeant in the Major Crime Squad!

For more information on these courses, click the individual course link above, and for additional upcoming training, check out: http://truthsleuth.com/training/train-schedule.html. For information on the training location check out the video below!

I recently attended a training course by People Intell on Emotional Skills and Competencies. This course built upon previous training I have had on emotions and micro-expressions by Mark Frank and JJ Newberry. This type of training is often looked upon within the corporate and law enforcement environment as "soft skills", but reading and understanding emotions hardly makes you soft. Emotions are often what cause people to run into a burning building to save someone, to face fear head-on or to charge into battle knowing the risk of death is high. Emotions are powerful and move people into action, but emotions can also dangerous, and identifying emotions properly can help you assess any underlying problems before they explode, which is a crucial skill for law enforcement officers.

Understanding emotions will also help make you a better interviewer, allowing you to connect with people more effectively, and it will also make you a better interrogator, since having a better understanding of the emotional content of communication you will be able to identify conflicts in the individual’s emotions and the words and/or behavior, helping you to focus on areas to pursue as well as to identify indicators of possible deception.

If you are new to micro-expressions or would like to hear more, check out the link below to an NPR story on identifying lies. 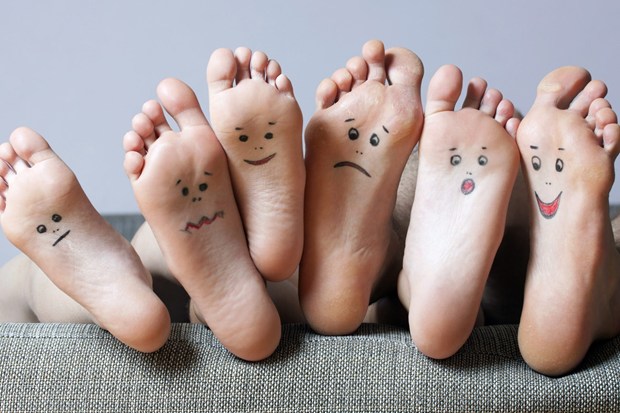 Not too long ago I was engaged in a great conversation with a very nice, very interesting guy. Although I was enjoying the conversation and I was focused on what we were talking about, and I was engaged in the conversation, at the same time I had in the back of my mind that I was heading home in a few minutes, which I was looking forward to, and also I knew I had a long drive ahead of me and as more time went by there was a greater chance that I would get stuck in traffic. During our conversation, at one point I noticed that my right foot was a little further away from my body and it was pointing towards my car which was parked behind me and to my right. Being aware of my own body language, I realigned my feet to point in the direction of my conversational partner and finished our conversation appropriately, and then went on my way.

The subconscious mind is very powerful and it impacts our behavior, however most people don't recognize what other people's body language is saying let alone what their own body language is communicating to other people. I didn't intentionally move my foot in the direction of my car; it was my subconscious concern about my drive home, being late, hitting traffic etc. that changed my physical stance.

Such subtle behavior is important be aware of in ourselves as I did in this circumstance, so we can adjust our posture, behavior or other movements to ensure that our verbal and nonverbal behavior is saying the same thing! Failing to do so in this situation may have left my friend feeling like I wasn't interested in the conversation or that I didn't want to talk with him, which was not the case at all, which is why I realigned myself.

Picking up on these subtle behaviors in other people is important as well. In social situations like the one I mentioned above, if you notice similar behavior in the person you're talking with you can say something like, "Hey, I know you have to get going, but let's pick a time and get together again" or something like that. This may address their subconscious concerns and give them an easy out if they are anxious to leave.

In professional settings, like a detective during a police investigation or an insurance adjuster looking into a fraud claim, picking up on this behavior is crucial to interviewing success. It's important to see if you have rapport and engagement while interviewing a witness or victim, so if their feet (or even just one of them) are pointing away from you, you don't have their full engagement yet, or there may be something else going on you need to address. If you are talking with a potential suspect and his/her body shifts and the feet point away from you or towards the door on a particular question or at a particular point in their story, that is a strong signal that maybe they want to get out of there and avoid that area, topic or question, which would be your signal to focus on that spot further!

They key is context as well, recognizing that such behavior may not be only related to deception, but they in fact may be running late to get home too! The first thing is to be aware of it and then to address it and find out why the behavior was present during the conversation. You can't address what you don't recognize, and without proper training most people miss what other people say and do as well as what their own bodies are saying.